A US Supreme Court ruling last June is expected to impact every company that sells goods or services into the US within months, or even weeks and days. In many places, it has already begun.

The ruling, South Dakota v. Wayfair, is considered precedent-setting because of its finding that 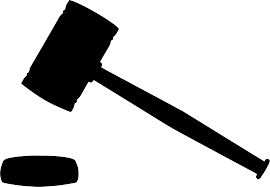 US states may charge tax on purchases made to individuals and businesses within their borders by out-of-state sellers, even if these sellers don’t have a physical presence in the state.

(Wayfair is an NYSE-listed e-commerce company based in Boston, Massachusetts. Two other defendants in the case, Overstock.com Inc. and Newegg, Inc., are also US-based internet retailers.)

Until the Supreme Court’s decision, states had the authority to impose a sales tax collection obligation only on businesses that were physically present within their borders.

The “Wayfair decision” is seen as affecting e-commerce companies in particular, as many of these businesses have enjoyed a significant competitive advantage over their bricks-and-mortar retail rivals until now, because of this physical presence requirement.

Perhaps not surprisingly, the fact of this discrepancy in the need to collect and remit sales taxes, and the disadvantage it created for in-state, sales tax collecting bricks-and-mortar retailers, was a major contributing factor behind calls for a change in the law.

Nor are such concerns unique to the US.

In March, a gathering of around 300 participants attending a global forum on value-added tax (VAT) in Melbourne – sponsored by the

Organization for Economic Co-operation and Development (OECD) – voted unanimously to support new measures aimed at ensuring the collection of sales and value-added taxes from e-commerce retailers around the world.

In particular, the discussions in Melbourne focused on the need to make e-commerce “marketplaces” liable for the VAT/GST (goods and services tax) on sales made by various online traders who typically make use of their e-commerce platforms.

“These new measures provide governments with the tools needed to ensure that online platforms play their part in the collection of VAT/GST,” the OECD’s head of tax policy, David Bradbury, said in a statement released after the meeting ended.

“They will also level the playing field for those on our high streets and in our malls, who have had to compete against online competitors enjoying a tax advantage.” 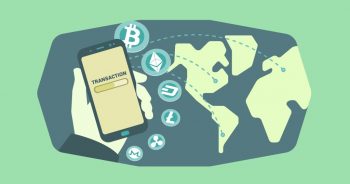 Meanwhile, some experts say further legal challenges could arise around transactions carried out over, for example, blockchain networks.

There have also been moves in Congress to overturn the Wayfair ruling, by such lawmakers as Montana Senator Jon Tester, who filed his “Stop Taxing our Potential” (STOP) Act within days of Wayfair being handed down last June, then re-introduced it just days into the new session of Congress in January.

Long-time observers of the sales tax debate say such legislative efforts are unlikely to succeed.

“The overturning of Quill was perhaps inevitable,” said Pablo Garciga, Director of State and Local Tax Services for Funaro & Co. PC, who for the last several years has been watching with interest the efforts to achieve this goal in the US Supreme Court. Garciga is referring here to an earlier Supreme Court ruling, made in 1992 – Quill Corp. v. North Dakota – which established that states did not have the right to impose a sales tax on entities that lacked a “physical presence” inside the state’s boundaries.

(That case was typically referred to as “Quill”, especially by its opponents, who recently have been quoted as saying they were seeking to “kill Quill” in the courts.)
“It was a somewhat unique aspect of US Supreme Court jurisprudence to carve out use taxes for special treatment – while permitting states to impose other taxes without requiring taxpayers to have a physical presence in a state,” Garciga added.

“Whether one agrees or disagrees with Wayfair, [though], the truth is that although there are some unsettled legal issues surrounding the application of economic nexus principles in the context of sales and use taxes, it is, in all likelihood, here to stay.”

Republican Representative Jim Sensenbrenner, from Wisconsin, also weighed in with a bill he calls the Online Sales Simplicity and Small Business Relief Act, which among other things would raise the threshold at which non-in-state businesses would be required to collect and pay state sales taxes.

One thing most agree on is that prices are likely to rise, both for vendors and consumers.

Historically speaking, states have only been able to impose tax on businesses which meet a certain level of physical presence in-state. Following last June’s Wayfair ruling in the Supreme Court, this is no longer the case. Businesses providing services may not have an issue, but international sellers that ship products to the US can have a sales tax registration and remittance requirement now if they fall afoul of the new economic nexus rules. 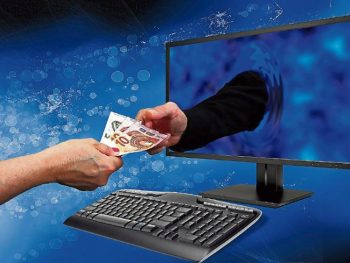 Where we are mostly seeing these new rules affect our client base is with online retailers based outside the US. We often receive queries from businesses that manufacture and store products entirely outside of the US, shipping to US customers directly. Whereas previously this type of arrangement may not have met the threshold under the old physical nexus rules, that no longer affords them the same protection in a post-Wayfair environment.

Such businesses with sufficiently great revenue or a large number of individual transactions are now having to wrap their heads around these new requirements and seek advice as to each state’s specific threshold. For businesses that sell via larger e-commerce platforms such as Amazon or Etsy, we are seeing a new approach where those platforms automatically register the seller for sales tax in all states which have adopted these new rules, so extensive is the new administrative burden required in order to determine compliance on an ad hoc basis.

Businesses that currently sell into the US market, therefore, are recommended to make plans at once to begin collecting and paying sales taxes in the states into which they now sell.

California, for example, announced in December that those non-state businesses carrying out commerce within the state above a certain threshold of economic activity would be expected to begin collecting and remitting sales tax to the authorities from the 1st of April.

Many other states have made similar statements. This means there is no time to waste.

Even multinational companies which may not have tax operations set up to handle US taxes will now need to examine just what will be expected of their US subsidiaries, from a sales tax perspective – and do it soon.

Call for Congress to act

Things could change again, however, so it will also be important to stay abreast of developments.

Concerns that the Wayfair ruling could end up stifling cross-border trade, for example, have prompted some to call on Congress to step in and regulate the way the new interstate taxing is carried out.

Among them is Jay Steinmetz, Chief Executive of a Baltimore-based company called Barcoding Inc., who argued in a Wall Street Journal comment piece last August that some nationwide sales tax ground rules would now be needed – including exemptions for small businesses (“which are critical to boosting start-up activity”).

Steinmetz also called for remittances to be collected by a single state revenue authority, which he said would help to reduce accounting costs.

“Making provisions like these into uniform rules for interstate vendors would help companies like mine expand our operations and reduce excessive record-keeping and pricey meetings with lawyers and accountants,” he argued.

It is important not to ignore the fact that the arguments in support of taxing interstate sales made via the Internet have been compelling, and that these taxes are almost certain to remain in place, in some form.

This is in spite of the fact that some larger retailers, including Amazon, had already begun voluntarily collecting sales taxes in states that levied them on in-state retailers.

In the case of Amazon, the taxes were collected not just for items sold by Amazon, but also for those vendors who used the Amazon website to sell their goods, in a manner in line with the measures proposed at the OECD forum in March.

Meanwhile, events potentially affecting the way states will be able to tax out-of-state businesses on their in-state sales continue to unfold.

Most recently, and potentially most significantly, published reports have revealed advanced plans on the part of Facebook to set up a global, cross-border currency payment system in around a dozen countries by the first quarter of 2020. 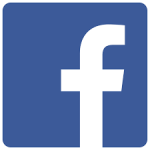 The social networking site is said to be seeking to create a digital currency that would provide an affordable and secure way of making payments, regardless of whether users have a bank account, by “disrupting” existing networks.

According to the published reports, the currency is being referred to internally as “GlobalCoin”, and it could be trialed as early as later this year.

So, the question as to how states will be able to apply their sales taxes to blockchain-types of transactions may need to be resolved sooner rather than later.

It’s worth noting that South Dakota wasn’t the only state to seek to bring about a change that would allow them to collect sales tax from out-of-state vendors. Other states had also launched similar legal efforts in the lead-up to last year’s Supreme Court case, but South Dakota just happened to be the first to make it through the lower courts.

This is why it is regarded as a landmark case, even though it has not received much press coverage outside of the US since it was handed down in June 2018, in a narrow (5-4) decision.