US State Tax Woes on Working From Home?

We first published the potential issues around working from home in July 2020. Below is an update.

Imagine it is the first week of March 2020, you are sitting at a restaurant in California, sans mask of 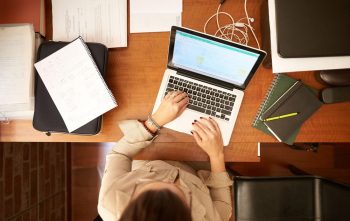 course, when you start to talk to your friends about this virus that is tearing through Italy and seems to be heading for the US. Your friends mention that in Europe, working from home has become the new norm. You start talking about your office at home and what it would mean to you. You are paying high rent in California and the idea of moving to a state like Ohio or Michigan to be closer to your family and pay less rent is enticing.

Fast forward three months, you’re in full-blown lock-down and all the positive aspects of living in California are gone. You see this is not going to be over by summer, so you decide it is time to move to Ohio and work from your parents’ house. Professionally, you provide life coaching, and you can call your clients from anywhere so why not move to a “cheaper” state?

Unfortunately, just moving to a new state may not be enough to avoid the long arm of the state tax law. For example:

In these new Covid times, tax authorities are looking at ways to keep their tax coffers full.  Based on the examples above, it is likely just a matter of time for all states to get into the ‘telecommuting’ tax game. Something to be aware of before you make a move based on possible tax savings.

Tags: office at home, US State Tax, working from home