USTAXFS works with a number of IFAs, accountants, solicitors, and other professionals who provide guidance on issues related to tax. They occasionally provide us “guest” blogs which we are happy to share with you. Below is an article on retirement planning provided by Ross Glanfield, a partner at LIFT Financial, Chartered Financial Planners. Please note that these views do not necessarily represent the views of US Tax & Financial Services.

If you were told you could retire tomorrow, assured you could afford to, would you be excited, relieved, skeptical, or something else

During the last few months, you may have found yourself perched at a kitchen table trying to work whilst your teenage children are revising for their exams, or you’ve been consigned to the box room, which you’ve turned into a makeshift office, and so the retirement scenario might 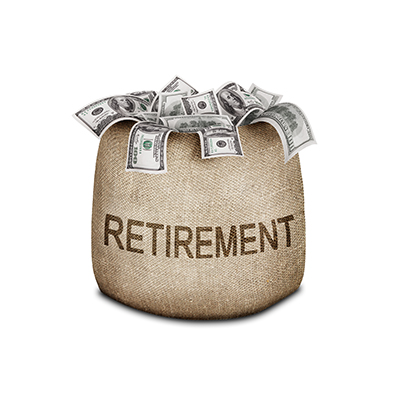 have started to resonate. Then consider that, at some point in our uncertain future, you’ll no doubt be setting your old friend, the alarm clock, and have to face the joys of commuting. The allure of immediate retirement could begin to seem even more appealing.

As a Financial Planner, I’ve met hundreds of people who could afford to retire but never realised it. And even if they did know, their employment contract is a comfort blanket they find difficult to throw off. In most situations, the principal reason for holding onto that security is simply a lack of understanding of the income that could be generated from accumulated wealth. Given the difficult situation we’re living through, what better time to explore the unknown.

A major contributor to the uncertainty in retirement planning in the UK has been the paradigm shift from final salary pensions to money-purchase arrangements. The introduction of pensions freedom – which allows unrestricted access to the money-purchase funds much like 401ks or IRAs – and the current unpopularity of the annuity, primarily due to low-interest rates, have further added to the uncertainty of giving up a secure employed income.

To decipher the retirement conundrum, the potential retiree needs to understand what income they’ll need, and the first mistake is to equate this to their salary, which has been taxed at source. Retirement income can be drawn from many sources and, with a little ingenuity, it can be partly tax-free with the remainder taxed at a maximum 20%.

Income drawn from a UK pension is a prime example as 25% can be taken tax-free and the remainder is taxed at a marginal rate. So, if the individual is a Basic Rate taxpayer (20%) and under 75, the effective tax rate on withdrawals becomes 15%, assuming the tax-free lump sum has not been drawn at outset. When the Personal Allowance is factored in, Income Tax on drawings of £40,000 pa is only £3,500 or 8.75%. On £30,000 pa, it is only £2,000 or 6.67%. In addition, there is no National Insurance on pension withdrawals.

Income can also be drawn from other pots. Assuming the Basic Rate threshold is not exceeded, further allowances will come into play. For instance, in the case of cash/interest, there is a Personal Savings Allowance which means that the first £1,000 of interest is tax-free. For general investments/dividends, there is a £2,000 dividends allowance. Thereafter Basic Rate taxpayers only pay 7.5% tax on dividend income.

For a US taxpayer, some of the allowances may be negated but, in principle, the overall cross-border tax rate will not be as punitive as when working.

Another factor, which is often missed in retirement planning, is the cost of convenience for the employed: holidays taken at peak time, travel costs, lunch, Costa breaks, work clothing, convenience shopping, dog walkers, etc. All these can fall away in retirement and are often replaced by an obsession with bargains, such as switching energy suppliers, sale shopping, and, as my friend Voucherman Dave knows, two-for-one lunch offers. The net effect is that the headline income that most think they’ll need in retirement is much less, as is the asset base required to support it.

So how much do you need to retire? A simple way to get an initial indication is to add up your total liquid asset base – pensions, cash, investments, rental properties and equity that could be released from a property on downsizing – and deduct any debts. Then divide that figure by 100 minus your current age so, for someone who is 55, 100 – 55 = 45. If the resulting figure gives an annual income that would allow you to retire, it is worth a more detailed look.

The next logical step would be a retirement planning interview. Everyone has an interview before they start a job so why not go through a similar process at the end of a career bearing in mind that, after a period out of the workplace, retirement can become an irreversible decision. The interview would include a complete cash flow analysis looking at assets, expenditure, tax, risk. It would also include an examination of disaster scenarios, such as the current market crash. If the interview is successful, it may take another year to 18 months to become fully committed to the process, but at least the retirement process would be underway.

If you have questions regarding the above information, you can contact Ross Glanfield directly at LIFT Financial.