US Tax & Financial Services website uses cookies. Find out about cookies here. By continuing to browse this site you are agreeing to our use of cookies.
×
Contact a Specialist today
Home | Blog | The New Cryptocurrency Tax Bill: If it ain’t ‘broker,’ don’t fix it!

The New Cryptocurrency Tax Bill: If it ain’t ‘broker,’ don’t fix it!

When President Joe Biden entered office at the beginning of this year, he did so with ambitious plans to reshape the US tax landscape in a more progressive fashion. As the White House continues to grapple on a broader legislative package with its razor-thin majority in Congress, we caught our first glimpse of the new administration’s tax legislation in the form of provisions added to the $1 trillion infrastructure bill currently working its way through Congress.  In an earlier article, we discussed several of the Biden tax proposals in depth. 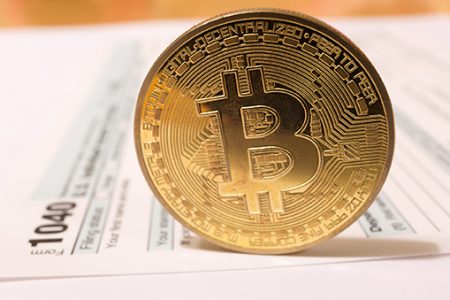 HR 3684, otherwise known as the INVEST in America Act, allocates funding to build roads, transportation systems and support clean energy developments, among other investments. The bill aims to pay for these new projects in part by raising additional revenue from the taxation of cryptocurrency. But cryptocurrency has historically proven an elusive field of taxation and these new provisions have many in the investment community up in arms. To understand why this is such a hot button issue, as well as the broader implications for crypto enthusiasts, we first need to understand how these assets work and how they are currently taxed.

US Taxation of Cryptocurrency

A cryptocurrency is a secure form of virtual currency. A virtual currency is a digital representation of value that is neither issued by a central bank nor attached to a fiat currency. This can take many commonplace forms, from frequent flyer miles to gold in your favorite online videogame. But whereas these forms of virtual currency exist in closed or limited-use systems, cryptocurrency is distinct in that it can be converted into legal tender based on its determinable market value, thus enabling it to be used as a de facto substitute for these more traditional, recognized currencies.

Cryptocurrency has been a mainstay in the financial news pages for a number of years now, primarily for two reasons: 1) the potential of the technology to disrupt established markets with its inherent qualities, in particular its anonymity, rapidity, and lack of geography; 2) the technology’s headline-grabbing potential to create overnight millionaires. The first and most well-known cryptocurrency, Bitcoin, has increased in value from just a few dollars to almost $50,000 in less than a decade. Recent years have additionally seen the rise to prominence of many other cryptocurrencies such as Ethereum, Litecoin and Dogecoin, each of which has its own characteristics and features.

Currently, IRS guidance considers cryptocurrency as analogous to property rather than traditional fiat currency. This means that it is taxable as a sale or exchange of property and potentially subject to capital gains tax where held as a capital asset. Even the act of generating the coins in the first place is subject to tax. Mining cryptocurrency is considered to be a business activity, and the generation of coins must be recognised as income equal to the fair market value of the amount generated. In addition, if this activity is not undertaken as an employee in a business, it may be subject to self-employment tax.

But the very attributes that make cryptocurrency so appealing to a lot of people have also made it notoriously difficult to tax efficiently. After all, cryptocurrency is, by its nature, anonymous and untraceable. As a result, there currently exists a wide gap between taxes owed and taxes paid and closing that tax gap has been a priority for the IRS as well as the new administration.

HR 3684 and Taxation of Cryptocurrency

The intent behind these new provisions is to close this tax gap. The bill attempts to do this via two mechanisms:

Not everyone is happy with the current language, in particular the ambiguity as to who meets the definition of a “broker”.  Currently, the text describes a broker as anyone “responsible for and regularly providing any service effectuating transfers of digital assets on behalf of another person”. Taken as written, this may include all cryptocurrency miners, which, as outlined above, is considered by the IRS to be a business activity, as well as any software or hardware developer creating a product that serves to facilitate cryptocurrency transactions.

This creates a unique reporting challenge, for example with cryptocurrency miners who may not have an actual customer and thus would be unable to complete a 1099 form. The new reporting requirement would also effectively mandate a broad expansion in the information collection processes of an industry built around the idea of anonymity, something that may necessitate a radical rework of how cryptocurrencies operate in America. The current draft of the legislation is silent as to the penalties for failure to report, except to state that digital assets will be added to the Internal Revenue Code definition of what is includable on an information return potentially subject to penalty.

In order to address these issues, Congress is currently debating two competing amendments. The Wyden-Lummis-Toomey amendment would add protections for individual investors and exempt reporting on miners and developers. The contrasting Warner-Portman-Sinema amendment would provide exemptions only for miners and developers using certain technology, specifically the more computationally intensive “proof of work” system, but not any technology based on a “proof of stake” system. The distinction between the two is related to how a newly mined coin is allocated, but the significance here is the potential for legislators to hand a competitive advantage to certain forms of cryptocurrency. The latter may prove more politically expedient but has prompted criticism from industry insiders who warn that the implementation of too stringent a regulation may drive developers of this cutting-edge technology overseas and outside the US markets.

This fierce debate serves as another reminder of just how problematic the regulation of cryptocurrency has proven. The sector remains inadequately legislated, with tax rules that remain ambiguous and imperfect. While this new reporting regime may profoundly shape the future of cryptocurrency in the US, it is just one small piece of a greater picture that remains to be completed.

Read James Debate’s A guide to the US Taxation of Cryptocurrency.