A guide to the US Taxation of Cryptocurrency

It seems nearly impossible today to have a conversation about technology or finance without ultimately turning towards the subject of cryptocurrency. It’s a topic that equally dominates the discussion at Web Summit and the Wall Street Journal alike, is discussed on mainstream news around the world, and whether or not you have mastered all the jargon, you probably recognise its status as a key technology of the future. For any technology that generates this amount of hype, capital will soon follow. The most famous example of cryptocurrency, Bitcoin, has made headlines for creating overnight millionaires. From a valuation of just a few dollars per coin five years ago to a peak of $20,000 last year, increasingly, cryptocurrency is being seen as a legitimate and mainstream space for investment and activity. 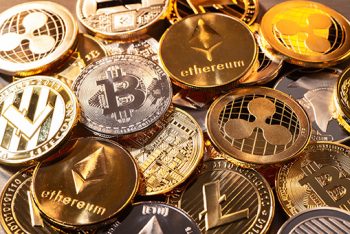 Cryptocurrency can be used to purchase goods and services, it can be paid to employees as wages, and it can be mined by digital prospectors. But just like any other economic activity, engagement in the crypto markets can result in unforeseen tax consequences. For established traders and businesses familiar with the regulatory aspects of more traditional assets, it might not be readily apparent just how to navigate a crypto landscape which at first glance appears to hybridise elements of both.

What is a virtual currency?

You’ve no doubt heard terms like Bitcoin, Blockchain, and cryptocurrency thrown around almost interchangeably, but their meanings are distinct and need to be untangled if we are to understand their financial implications.

A cryptocurrency is a secure form of virtual currency. A virtual currency is a digital representation of value that is neither issued by a central bank nor attached to a fiat currency. This can take many commonplace forms, from frequent flyer miles to gold in your favourite online videogame. But whereas these forms of virtual currency exist in closed or limited-use systems, cryptocurrency is distinct in that it can be converted into legal tender based on its determinable market value, thus enabling it to be used as a de facto substitute for these more traditional, recognised currencies.

Bitcoin is just one example of a cryptocurrency, numerous others such as Ethereum, Litecoin and Dogecoin have come to prominence in recent years, each with their own set of distinct features. All of these are an application of a technology known as blockchain. A blockchain is a decentralized list of encrypted records that can document transactions and data in a permanent and verifiable fashion. There are several hypothetical uses for this technology, use as a virtual currency is just one example.

There are several reasons why someone would want to trade in cryptocurrency, mainly due to the qualities of the underlying blockchain technology. Cryptocurrency is anonymous and can’t be traced or seized by third parties. It is instant and direct, requiring no intermediary and low fees. It can be used anywhere in the world.

Due to its use as a medium to purchase goods and services, it is natural to think of cryptocurrency as analogous to fiat currency, and that therefore income received in this form would be taxable in the same way as income paid in any other currency. The Internal Revenue Service (IRS) sees it differently.

IRS guidance recognises that cryptocurrency can be used as a digital representation of value in much the same way as more traditional currency but concludes that it does not have legal tender status. Instead, the Service argues, cryptocurrency is analogous to property. This has several material ramifications, at the core of which is the understanding that when you receive a payment of cryptocurrency in exchange for a product or service, it is not considered equivalent to selling that product for cash. Rather, it is an exchange of property, invoking all the applicable tax principles that relate to such transactions. This gives the IRS a number of ways to tax activity involving and related to the use of cryptocurrency.

For example, a taxpayer who receives a payment of cryptocurrency in exchange for goods and services needs to include that amount in their gross income as “miscellaneous income from exchanges involving property or services”. As with the receipt of other forms of property, the appropriate amount to include in gross income is determined by the fair market value of the property received, at the date of receipt. Such fair market value will typically be determined by the current listed price on the relevant cryptocurrency exchanges, in US dollars.

More broadly speaking, since cryptocurrency is not being treated as a currency, transactions will not generate foreign exchange gain or loss. However, taxpayers who receive property in exchange for cryptocurrency may potentially be subject to capital gains tax, depending on whether it is being held as a capital asset.

For businesses, the purchase of cryptocurrency is subject to similar treatment as the purchase of other property. The initial cost is to be capitalised rather than deducted and realised later upon the sale of the asset, with the net gain on sale subject to capital gains tax.

For employers, paying employees in cryptocurrency is still considered to be a payment of salary. This means that such payment is subject to the same withholding tax, FICA, FUTA and must be reported as such on W-2. Payments made to non-employees are also reportable in the same way as any other payment of property and may be subject to the same informational form requirements such as Form 1099.

Even the act of generating the coins in the first place is subject to tax. “Mining” for cryptocurrency, despite the name, is not considered to be the harvesting of a resource, nor the creation of a commodity. Mining cryptocurrency is considered to be a business activity, and the generation of coins must be recognised as income equal to the fair market value of the amount generated. In addition, if this activity is not undertaken as an employee in a business, it may be subject to self-employment tax.

Therefore, while cryptocurrency is certainly enjoying a moment, both as a potential investment and as an alternative for more traditional currencies, it’s pretty clear that the reality is a bit more complex and requires careful navigation. Cryptocurrency presents a lot of unique advantages from a technology standpoint but can also create additional tax exposure in surprising ways.