In connection with the recent G-7 Summit, leaders of the G-7 nations (Canada, France, Germany, 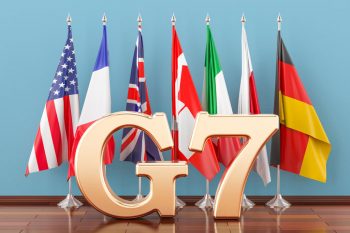 Italy, Japan, the United Kingdom, and the United States) endorsed the principle of a global corporate minimum tax designed to ensure multinational corporations pay income tax of at least 15% in each country in which they operate. The new tax would apply a minimum 15% tax rate on income reported on financial statements of corporations with at least $100 million of book income. In July, the G-7 countries will need to gain the concurrence of the broader Group of 20 countries. If that is successful, finance officials would like to have a final deal signed by the Group of 20 leaders when they meet again in October.

Although the proposed global minimum corporate tax is targeted at large multinational corporations, US taxpayers operating business activities through non-US corporations may be affected by changes in US domestic law. A global minimum tax is closely tied to President Biden’s plans to raise the corporate tax rate in the United States to between 25 and 28% from 21%. The initial administration proposal is to use the new global minimum tax to raise the GILTI (Global Intangible Low-Taxed Income) rate and expand the tax base by eliminating a GILTI deduction for overseas plant and equipment investments. This could effectively double the GILTI tax on such companies.

If you have queries regarding corporations and US tax, contact us.